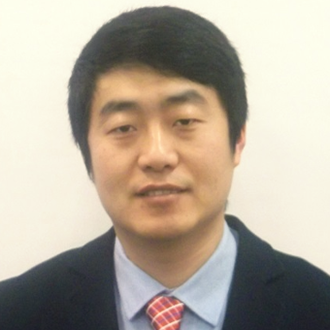 Liang Zhao received his Ph.D. degree of Analytical Chemistry in 2011 from University of the Pacific. He then continued his research in analytical chemistry by pursuing a post-doctoral training in Johns Hopkins University Center for Alternatives to Animal Testing (CAAT) at the Bloomberg School of Public Health.

In 2012, he took the initiative, as a core member, in establishing the CAAT center’s metabolomic core facility and took the leadership for two research projects related to toxicological mechanism studies using a variety of metabolomic technologies. In 2014, he reported a high-throughput metabolic profiling strategy which made characterization of a series of in vitro 3D brain models possible for the prediction of developmental neurotoxicity and neurodegeneration. His work was published on PNAS.

After joining the School of Medicine in Johns Hopkins University as a faculty member in 2017, his research interest has been focusing on tumor- and immuno- metabolomics. As the only faculty member dedicated to metabolomics in the center, he is responsible for project design, training graduate student and lab management. In his research of this period of time, he led his team and developed a stable isotope labeling (carbon/nitrogen tracing) technique to explore the metabolic activities of different cell subsets in tumor micro-environment. With this state-of-the-art approach he has developed, a series of surprising differences in metabolic pathways fueling cancer cells and effector T cells were discovered and a representative work was recently published on SCIENCE in 2019. Now his discoveries are being further exploited as a metabolic checkpoint for a variety of novel cancer therapeutics by numerous research institutions and pharmaceuticals.

He is striving in integrating mass spectrometry, molecular biology and bioinformatics to explore the biomedical importance of metabolites, and to better translate metabolomics findings into clinical applications, such as the development of new biomarker and AI-enhanced diagnostic panels, as well as exploring novel therapeutic approaches for cancers.

Your ticket for the: Liang Zhao