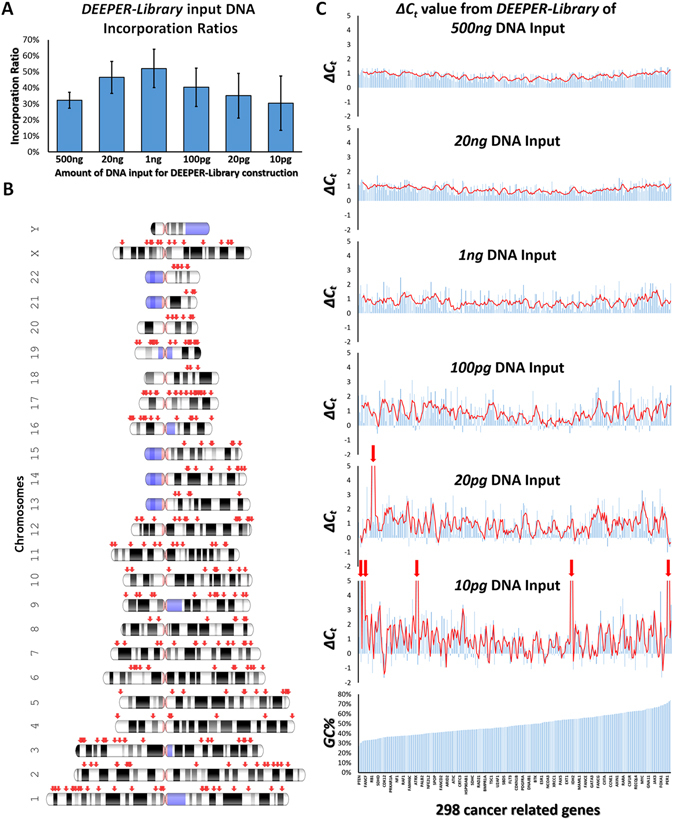 Targeted sequencing has been an essential application in Next Generation Sequencing (NGS). However, all target capture commercial technologies on the market have relatively low capturing efficiencies. That being said, after utilizing those capture kits, instead of sequencing a sufficient number of unique molecules, you are actually sequecing a library of nucleic acid amplicons that are amplified from very few DNA molecules captured by those old commercial technologies from initial NGS library, and usually the fraction of molecules that can be captured and subsequently sequenced is less than 9% of the molecules from the initial NGS library. Due to the unsatisfying performance of current commercial capture kits and platforms, Complete Omics has been trying to develop its own target capture technologies, and finally we have something to show you. We believe that this new technology could potentially revolutionize NGS targeted sequencing field. We are proud to anounce DEEPER-Capture, the next generation target capture technology for NGS sequencing. In DEEPER-Capture both DNA strands from the same DNA duplex molecule are captured by a pair of complementary RNA probes, and sequenced, simutanously. Using DEEPER-Capture, we repeatedly achieved an over 3-fold higher capturing efficiency than the best performance ever observed from competing platforms reported by numerous labs.

Your ticket for the: DEEPER-Seq: Capture both DNA strands with dual RNA probes