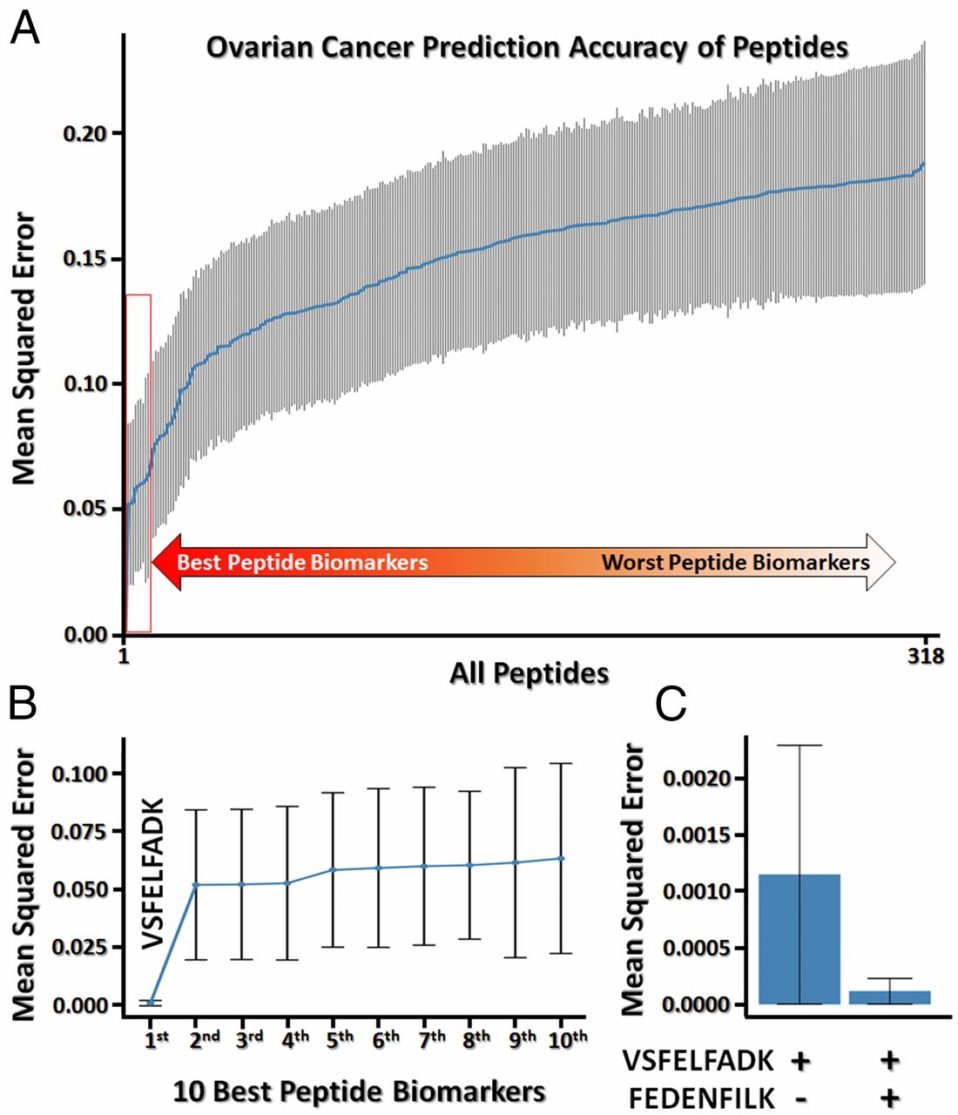 We developed the 1st pipeline for discovering and validating proteomic biomarkers from patient plasma samples (Ref 1). With this pipeline, we identified an ovarian cancer biomarker, peptidyl-prolyl cis–trans isomerase A (PPIA), with zero false positive diagnostic value. Our finding was featured on Genomeweb (Ref 2).

Your ticket for the: SAFE-SRM and Ovarian Cancer Diagnostics